Feminism online: the bullying and the beat downs (Part 8) 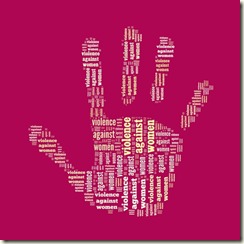 This is the final post in this series on feminist bloggers and online threats and violence. I attempt to draw some conclusions about the examples I’ve covered and the conversations that are currently taking place about these difficult issues.

The balance between regulated, safe spaces and the freedom for feminist discourse is not an easily achieved one. I hope these posts have shown how complicated the issues can be, and also how innovative the responses to online harassment can be. Felix Stalder, in "Between Democracy and Spectacle: The Front End and Back End of the social web", discusses how online shifts in behavior can only come from online participants themselves. "The social meaning of the technologies is not determined by the technologies themselves; rather, it will be shaped and reshaped by how they are embedded into social life, advanced and transformed by the myriad of individual actors, large institutions, practices and projects that constitute reality". The social meaning of the internet and this paradoxical balancing act is still under construction, and opinions on the issue vary widely.

Kathy Sierra, who as previously mentioned, was a high profile technology blogger until she decided to leave the blogosphere following threats of sexual and physical violence, believes the way to respond to online harassment and bullying is with more open debate on the issue, and not with legislated limits. “It would be tragic is this incident were used as a weapon by those who would limit free and open exchange…This could be an important moment if we stop, think, and talk about the kind of future we really want online, and make certain we don’t give up something more important in the process”. When you take into account that the threats she received in part stemmed from her participation in a dispute over whether it was acceptable to delete ‘impolitic’ comments posted on personal blogs, we can see how heated this debate has been. 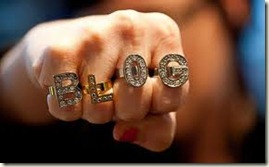 This issue was discussed in length on the Making Light blog, following Sierra’s withdrawal from the blogging community. Making Light is a collective blog site which manages to provoke large numbers of comments on their posts, without the nature of the comments becoming abusive or threatening. The author of “Moderation Isn’t Rocket Science”, and founder of the site Theresa Neilsen Hayden, states her position as one of withdrawal, “I can delete this kind of crap in my own comment threads. Individually I can’t do much to suppress it in other venues. What I can do is refuse to respect bloggers and other site administrators who let it flourish on their own sites, or who provide cover for the anonymous vandals who post”. One comment, posted in response by ‘Albatross’ seems to relay the most common view on the issue; “We probably can’t make everyone be nice, and an attempt to use the law to try would probably end up being hijacked and used to suppress unpopular ideas and opinions. But individuals and small groups can and do build working communities. That’s worthwhile even if we can’t make everyplace on the net such a working community”.

From a personal perspective, I am encouraged by the optimism of feminist bloggers who continue to discuss, vent and analyze, particularly those who do so in the face of continued harassment. I also fear the overregulation of the internet, sharing those concerns outlined above regarding who gets to regulate what spaces and what implications is has for freedom of speech. I do think that the blogosphere is liberating in its plethora of choices for sites of discourse, and part of entering an online community is an acceptance of the norms and behaviors already established. In this way, the internet cannot be both safe and inclusive simultaneously. If a site has a priority of safety, and as such have strict moderators and regulations, then you tacitly accept those when you join.

It is clear however that the intensity and sexualized gendered nature of online harassment and bullying, poses an immediate threat to the internet as a site of praxis. Those who engage in such behavior should understand the impact they are having on those they threaten, and their behavior should be dissuaded by the site community, however that community has decided to deal with the issue. The movement to create a safe internet needs to be nurtured and encouraged further, despite the achievements that have already been achieved.