Feminism online: the bullying and the beat downs (Part 7)

This is the penultimate blog in this series examining the relationship between online bullying and blogging, particularly the violent threats directed at feminist bloggers. In this section, I speak to one blogger who received horrific intimidation and threats online, about how she thinks we can reconcile the two and whether there is a choice between the internet as an open forum for discussion and keeping it a safe space.
Part 7 - Is there a solution: the choice between freedom and regulation?

In researching this paper, I spoke at length with a number of feminist bloggers who experienced harassment. The majority did not want their comments recorded, nor did they want to take part in any formal interview, regardless of assurances of anonymity, for fear that their participation might spark further threats. This fear served to underscore the seriousness of the harassment experienced by the bloggers. I did speak at length with one feminist blogger who was willing to share her experiences and views on this subject. All quotes are directly taken from personal correspondence between myself and Sian.
Sian is a member of the Bristol Feminist Network, and is the spokesperson and media contact for the group in addition to having her own blog. In personal correspondence she told me that “pathetic and abusive comments [are] fairly common on my blog or on Twitter”, however one incident gave her enough concern to involve the police and pursue legal action against the bullies. Following press coverage of her comments regarding the closure of a Hooters in the town, Sian received threats via the group’s Facebook page that were violent, “nasty and aggressive”. 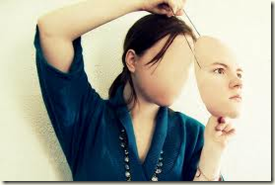 It was when the comments took a turn for the more serious that Sian took the decision to involve the police. “Then this guy posted that I was a cunt, and he was going to find out my address and post it on 4chan with exhortations to ‘make me pay’”. Sian was surprised at the severity with which the police treated the incident as she “didn’t expect something that was happening online to be treated as serious”. She wrote a post about her experience for the Guardian newspaper’s online blog section ‘Comment is Free’, which again received comments Sian describes as hostile and vicious.
I asked her what steps she would like to see taken to reduce experiences of online harassment and bullying. I have chosen to include her answer in full as her response shows hope and an analysis from an individual and structural viewpoint. “It's tricky, I don't know the answer. One thing that came across when I received the 'apology' from the guy that wrote the threats was that he simply had not considered that I was a person, who would read that and be upset, be scared. It sounds absurd but people simply don't think that what they type from behind their screens has an impact. They just throw the words out there and they simply don't care that what they are writing is a threat. But it is.”
“One of the reasons I wrote about it for CIF and why I write about online harassment on my blog is because I think one way to stop it is to speak out, say this is happening, point to where it's happening and why it hurts. And also that it's particularly a sexism issue. A male blogger friend of mine always says that the negative comments he receives are nothing like the level of abuse that women get. One that always stands out for me was a guy writing that he hoped 'some cunt rapes you'. Men don't really get that type of abuse. So I think steps can be taken to reduce it by keeping what online abuse looks like, and the impact it has, in the public eye.” 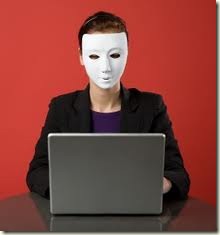 “There's been some high profile arrests though where people have tweeted really nasty things about celebs online and I'm always a bit uneasy about this. I don't think arresting people for their nasty opinions is necessarily an answer. I mean, I called the police because it was a threat. I didn't at that point know whether the threat would be carried out or not. I think we need to understand that difference between threats - like Hooters - and just nastiness, like the comment i mention above. I think change will come through education - and, of course, by overthrowing the patriarchy!”.