Feminism Online: the bullying and the beat downs (Part 2)

Part 1 of this series of blogs discussed how the open, accessible nature of blogging, that leads to the opening up these sites of interaction and allegiance, have also opened the bloggers to threats of violence, death threats and sexual abuse. Some argue that the blogs therefore no longer continue to be safe spaces for critical analysis, and the exodus of women from blogging, particularly women of color, leaves the online world mirroring the hegemonic hierarchies of power of the offline world. 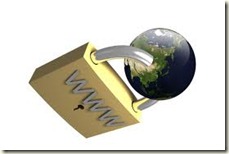 Despite this, there are attempts to address these critiques and online movements have sought to end the subjectivity using a range of tactics which I intend to briefly discuss throughout this series. These include degendered blogging, anonymity and pseudonyms, 'carnivals' and global connections, an adoption of a mass zero tolerance to threats of violence online.

The relationship between feminism and the Internet is a multifaceted, complex hydra, and whilst this won't be a complete picture, it will also provide a greater understanding of the movement towards creating a safe internet for all users.

Before getting to that, I wanted to know what it was about feminist bloggers that invoked such hate and particularly sexualised threats of violence.

Many female users of the Internet found that their presence online, particularly when they were expressing views outside of the 'mainstream', was met with overt threats of violence, often taking the form of sexualized violence. As Jill Filipovic, blogger, writer and student, describes in her account of her own online harrassment, these threats reproduce treatment of women offline, "these tactics - the rape threats, the manufactured First Amendment outrage, the scrutiny over physical appearance, the shock at women asserting themselves, the argument that people who take threats seriously are overreacting, the assertion that women want and like sexualized insults - are long-standing tools used to discredit and cut down women who transgress traditional gender roles and challenge male authority".

Filipovic’s article also raises an interesting concept in seeing feminist bloggers as the next manifestation in the evolution of the ‘public woman’. She quotes an interview she conducted with Pulitzer Prize-winning journalist Susan Faludi, in underscoring her argument that the abuse and harassment feminist bloggers are subject to, particularly the sexualized threats, are the result of a wider effort to intimidate them and spark their removal from this public space. “The public woman was originally a prostitute…Women, if they wanted to maintain their honor did not speak in public. Here we see vestiges of that. You have women who are speaking out, and they’re attacked for their sexuality. Basically the subtext of all the vitriol they’re getting is ‘you whore’. What’s changed?”. Filipovic contends that it is the audacity of the women to participate online that leads to their becoming victims of threats and bullying, stating that sexual harassment has always been critiqued by feminists as a tool for the broad social oppression of women. “At the heart of this aggression seems to be a more generalized offense at women’s public presence in ‘men’s’ spaces – in politics, at law schools, online”.

It is important to note that the sexualized nature of the harassment and bullying of feminist bloggers is the one defining characteristic that makes feminist bloggers unique as victims of this behavior. Filipovic notes that “Men are generally attacked for their ideas of their behavior, when Internet aggressors go after women they go straight between the legs” and it is a common theme within the literature that the nature of the threats received by feminist bloggers is that this sexual harassment is a reminder to all women of their place in the hierarchy of power and privilege.

Questions were raised about the contradictory aims of providing a space for open dialogue and a lack of regulation surrounding these subjective, personal, online attacks, which in the main, have been documented as causing significant distress to those receiving them. Stephanie Brail is another feminist blog user who discussed the impact of these threats of violence on her life, "I certainly know how easy it is to make an enemy on the Internet, and I stopped participating in alt.zines (a listserve equivilent) long ago. I'll probably never post there again. And that's the true fallout: I've censored myself out of fear". She and many others like her, who had initially embraced the internet as a site of freedom, were closing themselves off from it, finding that the gains they made from their online interactions were being overshadowed by the harassment they were receiving.

At the same time that this departure was occurring, a number of feminist blog sites came under fire from other bloggers, academics and commentators, who provided a critique of the 'cyberfeminism' that the early online feminist community had come to be known by. Faith Wilding, in her discussion of cyberfeminism in context of feminist histories, finds that "the new media exist within a social framework that is already established in its practices and embedded in economic, political, and cultural environments that are still deeply sexist and racist. Contrary to the dreams of many net utopians, the Net does not automatically obliterate hierarchies through free exchanges of information across boundaries".

This view is echoed by Janell Hobson in her discussion of "Digital Whiteness, Primitive Blackness: Racializing the Digital Divide in film and new media". She believes that the power dynamics that exist offline get reproduced online and in dominant media in "disturbing and retrogressive ways". This undermines the understanding of the Internet as a progressive site that allows for "transcendence from race, class, gender and other markers of difference". Feminist blogger Natalie Bennett in an interview commented on the attacks, “From what I've seen it tends to be women bloggers from ethnic minority communities who have the toughest time online, suffering from a high level of abuse and troll attacks. Not everyone can face this, however, and not everyone is ready for it”. 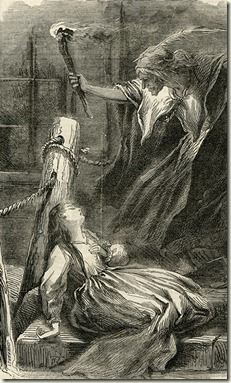 In researching this piece I found a wonderful series of engravings from the end of the 18th century, discovered when Google image searching for ‘public woman’. This information comes from Off The Pedestal: Images of Victorian Women.

“Thomas Bewick's large-scale boxwood engraving began a new era in illustration and many of these illustrations focused on women. This focus was sometimes used to inspire awe, pity, or to arouse good people to good work. Often these illustrations were used to arouse readers in other ways. Publishers and booksellers were imprisoned on obscenity charges stemming from images in this collection.

Social issues were explicitly detailed in reform tracts from suffragettes as well as salacious images in tales of "fallen women."
In other cases, opinions were embedded in postures or portraits, and became ways to communicate expectations to and assumptions about various groups”, specifically societal treatment of women. Regardless, I think they are stunning artefacts and wanted to show just how long these assumptions have been held for.

Part 3, published tomorrow, will look at how individual bloggers have responded to bullying and threats online.