Feminism online: the bullying and the beat downs (Part 1) 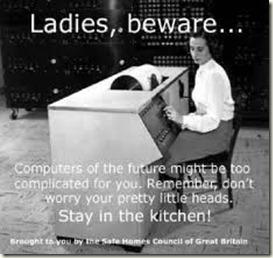 Last term I took a class in Feminist Social Movements. It was taught by Professor Kasturi Ray, and was thought provoking and challenging. It helped me articulate how I see the world with better language and a more complex lens of analysis.

My research paper for the class focused on feminist bloggers, the threats and bullying they receive online and the many innovative ways they fight back. I’m really proud of the paper, and so I’ve decided to share it here, broken up into manageable chunks and edited to read less like a research paper and more like an article. By no means do I think it even comes close to scratching the surface of the problem, and I am fully aware that my personal experience has been limited by my own positions and privileges within the blogging world, but if you bear that in mind, I hope what I’ve found will be informative and thought provoking.

Part 1: The Internet as a level playing field

There are many different ways in which the internet and blog sites in particular, are said to have allowed feminists and associated social movements a platform from which to engage in critical analysis of current hierarchies of power. A blog, or weblog, is generally understood as simple webpage which functions like a journal, with reverse chronological ordering of posts or entries. Marshall Brain, blogger for howstuffworks.com, claims that the fascinating thing about blogging is the practice of interlinking, which takes place when bloggers comment on or reference other blogs. He goes on to state that “all this tight interlinking has created a phenomenon known as the blogosphere…which consists of all the cross-linked blogs”. Feminist bloggers have formed links and alliances through blogs that would not have been as easily as possible in the 'offline' world. 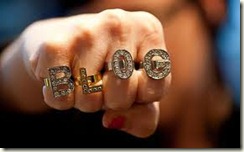 These are connections across race, gender, nationality, class, making the internet an idealised public sphere; a space epitomising the much heralded 'level playing field'.

It has been said that it is comfortable for feminists to use blogging as a way of reconciling the private with the public. The use of blogs is cited as a natural tool for political activism. An article from Emily Nussbaum of the New York Times claims one impact of feminist blogging has been a transformation of feminist conversation, reviving an older form of activism among younger feminists. This view is shared by blogger and columnist Kira Cochrane, who in the UK's Guardian newspaper, made the bold claim that Third Wave feminism has moved online, citing the internet as providing a "bewildering range of topics" on which reflexive analysis and discussion actively takes place.

The confessional tone of blogs are part of feminist political discussion and many feminist blog sites appear to be fond of the expression 'the personal computer is the political computer’, a clever play on words demonstrating the opportunities for political engagement through internet usage. As Saskia Sassen points out, "digital technologies enable women to engage in new forms of contestation and in proactive endeavours in multiple realms, from political to economic".The number of articles and posts online relating to the same issues, themes and motifs can act as powerful case studies, allowing for collective reflexive examination. It can be said that feminist bloggers straddle a middle ground between activist, journalist, protester and reporter.

Understood in this way, the feminist blogosphere allows for the inclusion of previously excluded voices and experiences. Stone-Mediatore discusses the value that “marginal experience narratives” have in liberatory politics. She states that “experience becomes public knowledge through an exchange of stories in which specific people, in the context of historically specific social and cultural institutions, relay their views of events in a particular rhetorical style to a specific audience”. Feminist blogs and the blogosphere as a whole represent multiple interpretations of knowledge, and also recognize the decentered structure this produces. In her book “Transnationalism Reversed: Women Organizing against Gendered Violence in Bangladesh”, Elora Halim Chowdhury furthers this understanding of the power of marginal experience narratives, as she believes that this recognition can “disrupt given analytic categories to open up new possibilities for political thinking and action”. She believes that if attention is given to the ways in which the different experiences are shared and discussed, a greater insight can be gained into the shifting relations of power. I believe that feminist blogs can be examples of marginal experience narratives. 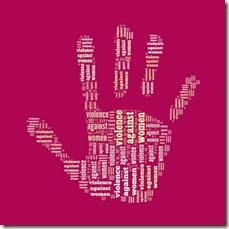 Paradoxically, it is the freedom and open access that the internet provides that can also be ascribed to contributing to a mass exodus of feminist bloggers, commentators and participants in the late 90s and early 00s. Literature examining the activities of feminism online appears to be split into two distinct time frames, the first from approximately 1996-2000 and the second from 2006 to present time. This is roughly in correlation with the transition from Web 1.0 platforms to Web 2.0 platforms.

One of the highest profile instances of online harassment was the experience of technology blogger Kathy Sierra, who stopped blogging and cancelled appearances at technology conferences after receiving threats of rape, throat-slitting and suffocation. Her home address, social security number and other personal information was posted online, alongside an altered image of Sierra with a noose around her neck. After speaking out about her experience of harassment and violence via her blog, she received comments including those which told her she’d “Better watch your back on the streets whore…Be a pity if you turned up in the gutter where you belong, with a machete shoved in that self righteous little cunt of yours”. In a statement made to CNN in 2007, shortly following this experience, Sierra stated that she believes that internet users have become desensitized to the harassing and bullying behavior online, and this was the reason she felt people couldn’t understand why she felt threatened. “But if we dismiss every cruel, vile, sexually threatening comment as simply the work of an anonymous troll, we will no longer be able to recognize a real threat”.

The next section, to be published tomorrow, will look at the concept of ‘The Public Woman’ and how the feminist blogosphere interacts with the public perception of femininity and feminisms.