Meaningful women in film? Not in 2012

For anyone unfamiliar with the Bechdel Test, it is a simple test which you can apply to any film or television show to assess whether the representation of women is meaningful and contributes to the film.

To pass the film has to:

1. Have more than one female character with names.

2. They have to talk to each other.

3. About something other than men.

This analysis of the 2012 Oscar Best Film category nominations is from Feminist Frequency, who I encourage you to contribute to. I think their analysis is fairly spot on. What do you think? 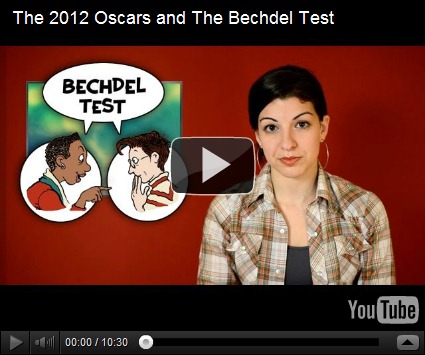