From the Rebellion Archives: The Other F Word is family, not fatherhood (2012)


When Daryl asked me if I'd write for the programme, he also asked me to throw in a couple of interesting articles that were about punk life in general. This article was published anonymously and very few people clocked that it was me that had written it, even people I had full blown conversations with about the article. So here is me owning up to having written it and telling you that I still feel exactly the same way. Exactly. 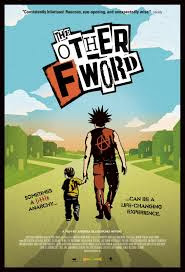 This Father's Day I bought my Dad a copy of  'The Other F Word', the documentary about punk and fatherhood. It features a who's who of Californian punk from Black Flag and US Bombs to Blink 182 and this year's Rebellion headliners Rancid. The film focuses on Jim Lindburgh, the singer from bro-punk pit-inducers Pennywise and the conflict between the need to tour to support his family and the band, and missing important times in the lives of his children.

The concept is an interesting one; the punk bands that are approaching their twentieth year mark are all reaching the age of marriage and children. The state of the music industry and the decline in record sales means that mid-level bands have to tour almost constantly to pay the mortgage and provide for their families. Having children has impacted on all of their lives, how has it changed them as people and altered their perspectives on punk?


Whilst the weaving of the Pennywise narrative throughout the documentary allows for the other interviews to fit nicely into the structure, it was the discussion of fatherhood from the perspectives of the range of punk stalwarts that really give this film its strength. Those of us at Rebellion last year who saw the Pennywise play without the original singer already know how his story ends.


One thing that they all acknowledge is that the arrival of their offspring changed their lives. The majority of the men state that becoming fathers changed their outlooks, (all except NOFX's Fat Mike who stands out as the anomaly in his assessment of the bringing a child into the world he already occupies, rather than making the adjustments the other dads allude to). There's one particularly touching moment with Flea and his articulate teenage daughter, when he breaks down talking about how much joy being a dad brings him. There's a few other tear jerkers in there that I won't spoil for those that haven't seen it, but I recommend not watching it after a couple of bottles of wine like I did the day after Fathers Day when I watched it with my old man. 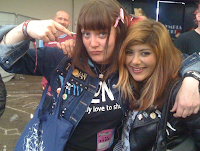 And it did make me think. I'm not a parent, so I'm not in a position to comment on that side of things. But I am the eldest daughter of someone recently described in a Czech review as an 'elderly Titan' of punk. I'll leave you to guess who. It struck me that I know lots and lots of English punk families but very few other families in the people I've met from around the world. And by this I don't necessarily just mean couples both being punks or skins, but actual generations of punks and skins in the same family. Needless to say we are one of them.

A quick anecdote for you. At a local gig in which one of my friends was drumming for his former band, I turned to another punk woman I knew and asked her if she lived nearby. Turns out it was his mum. I'd known both of them for years and heard them reference each other on countless of occasions. I never connected the dots and I felt like such an idiot. They are now both friends with my family. 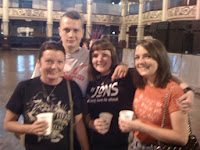 I think that the English experience of punk and families is different to the one portrayed in the film. The differences are only subtle but significant. There's one thing that I've always loved about Rebellion is that it has always been a family affair and my relationship with my Dad has been strengthened with the time we get to spend together in Blackpool or in Morecombe. I came to my first festival aged 14. It's now the first thing that goes in my diary each year.


The best years for me have been those years when the atmosphere has that family feel. That means seeing the little kids in their first pair of boots and braces, or sporting their first mohawk. I love the fact that you see anarcho-punk parents with the biggest mohawks you've ever seen, carrying tiny kids in UK Subs shirts wearing ear defenders. Regardless of punk sensibilities, sensible parental choices prevail. The family feel means meeting the kids of my friends as they bring them to Blackpool for the first time, watching their faces as they are captivated by the sights and sounds of our summer's annual family gathering. And seeing those kids again next year, and the year after that, bringing their own mates and making their own friends. 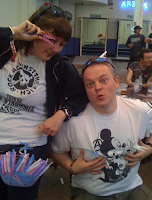 I think that Rebellion does it better than any other festival in providing the space for people to have the festival experience they want. I have siblings who aren't punks, come to Rebellion to have a good time, and go home raving about what they've seen and the experiences that they've had. I have a friend who bought her elderly mother last year to see The Adicts. What other fesitvals could you say that about?

I can imagine the concerns parents have when deciding when it's appropriate to bring their kids to a festival like this, and I also understand the argument that it's one of the only chances some people have to get messy with their mates in the year. But I think that for the sake of getting the next generation of punks who love live music and support the bands, we have to allow for other kids to have the same access to the gigs as I did.

The important point I suppose is that I've always felt welcome, even when I was a youngster. Coming to Rebellion at a young age allowed me to grow up in the punk world, find the love of my life and a large majority of my closest friends in our smelly pubs and grotty clubs. And of course, on the streets of Blackpool and Morecombe. The reality is that family to me extends to the people I see once a year at the Winter Gardens. I hope it continues so I can one day bring my kids and introduce the next generation to the world's greatest festival. The Other F Word for me isn't fatherhood, it's family.