I'd got to know the boys in Downtown Struts when they'd come to San Francisco and stayed at the Pirate ship. The album was rarely off my turntable at the time of writing and we listened to it constantly. I Skyped with Dan sitting in my parents' house (my first Skype interview - that was weird!), which we recorded and I transcribed. I thought the band were great then, I still do now. I'm very privileged to now call them friends.

Don't forget you can get your Rebellion 2014 tickets now! 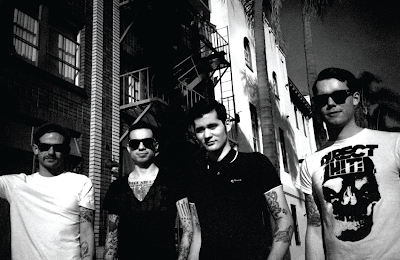 Downtown Struts play Rebellion for the first time this year in support of the release of their debut full length Victoria! The album was recorded with Matt Allison at Atlas Studios in Chicago and follows the release of the EP ‘Sail The Seas Dry’ and the first single to be taken from the full length, ‘Anchors’. This year has been unbelievably busy for the Downtown Struts, with much of it spent on the road. The band have been touring with The Business and Face to Face, and have dates planned with the Sydney Ducks, Street Dogs and Bouncing Souls later this summer, as well as a number of different festivals.

Formed in 2008, the band come from both Chicago and California but are now all based in the mid-West. Their music isn’t easily categorisable, but fans of melodic punk, clever guitar work and belting vocals should give them a listen. Many of the reviews have cited their inspirations as including The Clash, The Descendents and Springsteen, although you get the impression that their influences are broad and wide. The band themselves are passionate, professional young men, who take what they do very seriously. Don’t be surprised if they take over the world.

We sat down with guitarist and vocalist Dan Cooper for a chat about playing Rebellion, life on the road and visiting Europe for the first time as a band.

Rebellion is getting the drinks in, what are the Downtown Struts having?Dan:  Ryan our bassist would have a beer, guitarist Ben loves a root beer, Zach our drummer is a whiskey and soda man, and I’ll stick to the water thanks!

Rebellion: If you could only save one record from your collection in a fire, which one would it be?
Dan: We have an original pressing of ‘Damn The Torpedoes’ (Tom Petty and the Heartbreakers) at the house that I would jump through fire for.

Rebellion: The reviews for your first album Victoria! are overwhelmingly positive on the whole, how does the rest of the band react, and how do you react, when a positive one is brought to your attention?
Dan: We’re pretty stoked to be honest with you. When the record came out, we were really nervous about getting reviews back. Our first review, I don’t even remember what it said but it wasn’t super positive, and I thought from here on out they’re all going to be shit and I’m not excited to get any more reviews in. I decided I wasn’t going to read anymore. Then (bassist) Ryan sent me the second one and it was good, and then I started paying more attention. It got to the point where whenever we saw one another after that, we’d be like ‘did you see this one?’ It’s really funny too when we get a bad one, that’s when we make sure that we all read it because we find it funny, depending on what it says. You never take it too seriously.

Rebellion: The album has garnered incredible support from punks and other musicians that I grew up listening to and loving. What were your reactions to hearing some of those quotes?
Dan: I thought it was great, I didn’t expect people to hear my band or to say good things about it, so it was really nice to hear any sort of validation outside of just like good friends and other people you would expect. So it was really nice. Like you said, growing up, I never expected  to put out my first record and for people to hear it and actually like it. You never assume that will happen so it’s nice.

Rebellion: Were there any of the quotes in particular that you read and thought ‘oh my god, that’s wicked!’?
Dan: I really liked Trevor Keith’s (singer from Face to Face) just because it sounded like he actually loved it and you can tell that he listened to the songs and to me that’s the most important thing. If I read a good review even if they didn’t like it or love it, it’s nice to read it and be able to feel that they actually listened to it and have something to say about the music.

Rebellion: You’ve definitely got a reputation as a solid touring band, one that appears to have endless stamina on the road especially from looking at this summer’s dates. Where does that motivation come from?
Dan: Because if we were at home we wouldn’t be doing anything fun. When we’re at home it’s weird because now we’re just used to being on the road, so I still live out of my suitcase! It’s something you just get used to. We’re still young and we still like to play shows, and we still feel like we have a lot to prove, so it’s nice to go out and feel like you’re still on a mission to do what you have to do and make it bigger and better than it was before.

Rebellion: Would you agree with the assessment of your writing that you appear far wiser than your age should allow you to be?
b I try to be more honest and relatable. We’re very big on ‘what can we do to be different and better than other shit that we listen to?’ It’s a hard to question to answer, in one way I’m a dick and in the other way I’m indifferent so… I wouldn’t say that we are wiser, but that is an impression that some people get, and it’s a positive thing. Other people must just see that we try a little harder. I’ve read reviews that say that our song writing is more complex than the typical punk band. I think a lot of people just thought we were a streetpunk band, and I think that when we put out this record they were a bit surprised.

Rebellion: In my opinion, I think there is a maturity in the storytelling. I think the songs have an observational aspect and these are the lyrics that appear older and wiser because the observations that you make aren’t necessarily the ones are that fit your age. It’s not about going out and getting fucked up. It’s about what life is like in America. There’s a universality in that.
Dan: If I got to that point in my career where I was just singing songs about partying or just random shit, I would probably hate myself and wonder why I was even getting paid to do what I do. If the only things that were important to me were going out, being young and doing dumb things, then I hope my band would stop letting me write songs. I don’t want to be a pointless band.

Rebellion: Talking about your storytelling, there are some of the negative portrayals of American life on the record, how optimistic do you think America is right now about the future?
Dan: I think America is doing pretty badly right now, the recession feels like it’s getting a little bit better, but with the election coming up and people not feeling that they have a decent person to elect, that is getting to people. But the reality is that those aren’t my problems. My problems are do I have money to pay rent? Am I going to be able to eat a solid amount of food so that I won’t pass out later tonight? Am I going to go to a city, play a show and people there are going to enjoy it? Those are my problems. 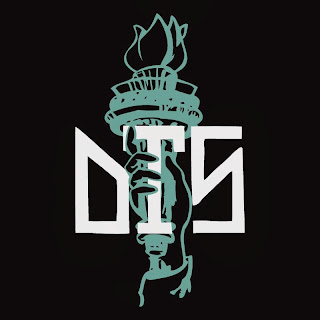 Rebellion: You’re playing Rebellion in the middle of your first European tour. How excited are you about crossing the Atlantic?
Dan: A lot, we’re very excited. I’ve been there a few times and Zach, our drummer, has been there once or twice, but everybody else hasn’t been there. I’m most excited about being the one who has already experienced it and being able to share it with my friends.

Rebellion: Is there anywhere you’re particularly excited to visit or any tourist attractions you want to see?
Dan: The two places on our tour I haven’t been are Denmark and the Netherlands, so I’m really excited about that. Europe is a lot prettier and a lot older, so any American tourist enjoys going over there. History is not something you get to see whilst touring America. On top of it not being a familiar place, Europe is also a better place.

Rebellion: The thought that goes into your releases seems to continue to the artwork and the design. How central to the Downtown Struts is the way that your records look and feel? And how do you decide what the visual aspects of your releases are going to be?
Dan: I’d say that it’s very important, the artwork is critical to the whole package. To me the visual is super important, it’s stronger than just the music on its own. I think that when you’re listening to something and you can look through the artwork, those two things should click and people should be able to relate to you even better. And Paul who does our artwork is very important.

Rebellion: Finally, is there anyone who is playing at Rebellion who you haven’t seen before and you’re excited to see?
Dan: I’ve never seen Rancid play, and I’ve never seen The Slackers play, those are two groups I hope I have time to see.