2011 The Year Where Everything Changed

This time last year I was sitting in my freezing cold house in Mile End, with tights on under my leggings, under my pyjamas. Now I’m sitting in my lovely warm (thanks to our new Dyson heater!) warehouse, and it’s time for a bit of reflection on what an incredible year it has been. Some highlights from your resident EastEnd Girl in San Francisco.

Not just the best festival in the world, but with my favourite people in the world, seeing some of my favourite bands in the world. Especially the old boys. They are my favourite band to see live, ever. I never have more fun than at a SParrer gig. And for this one I was on the barrier, Oi-ing my little heart out, not prepared for all three parts of Working. As a medley. And executed perfectly. When I realised they were playing all three parts, meaning Marbella as well, I lost the plot a little bit. I never thought I’d see that live. Ever. 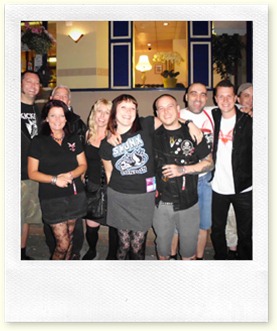 Afterwards in the bar, when Dad told me that the reason they did it  was to see the reactions on people’s faces and mine was the one he was watching. And it was the reaction they wanted. I knew then that that would make number 1 on my list of highlights of this year. Not that the others are in any particular order.

2. “No sweetheart, look at what the dealer’s showin’, doncha worry, I’ll show ya what to do”, Las Vegas, May 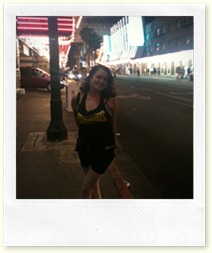 I had one aim when we went to Vegas, to play blackjack at an actual table. That was it. I had $40 in my purse and that was all I was spending. Thanks to Tony, from Boston, who was 94 and had been stationed in East London during WW2, and who showed me the ropes, I played for 3 hours. He took me under his wing and taught me where I was going wrong. A very interesting man with some great stories. Cheers Tony!

3. Going Out In Style, my send off from London, The 12 Bar, Denmark Street, London, July

Although I technically left in April, I had a massive knees up in the summer where I officially bid everyone a fond farewell. My favourite venue in the world was packed with everyone I knew, and the buffet was beyond your wildest dreams – if your dreams are cheese and pickled onions. Which mine are, so my mates got it perfect. From the DJs to the bands to Tahira rodeoing Kunt (see the video on YouTube if you don’t believe me) I don’t think I stopped laughing and dancing all night. To the organisers, who I love dearly, you know who you are and I will buy you a Jagerbomb or three next week.

A definite highlight was having dinner with Steph and Grace when we all happened to be in the same city at the same time. If you know me, you know how important family is to me. There is nothing more important as far as I’m concerned. Bringing people together and watching them get on like a house on fire is one of my favourite things, and it’s even more special when the people involved mean so much to you. Here’s to future girly dinners!

5. The summer with the monster, June-August, Gidea Park 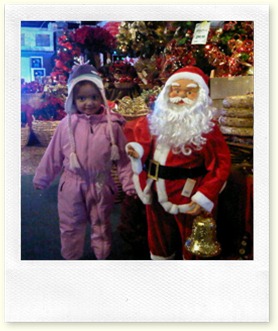 One of the biggest things I miss is not so big at all. I have three beautiful godchildren, and don’t get to see any of them nearly enough. I was lucky enough to see one of them regularly when I was in the UK, and I loved every second of it. She is a funny, charming, beautiful little monster, and we swam, made daisy chains, baked cakes, played with the chickens, danced and giggled through every day we spent together. She’s now big enough to understand Skype and that I’m really far away. She’s also asked Father Christmas for a Hello Kitty computer so she can Skype me and ‘do work’. I’m not sure what this work is but I’m happy about the prospect of seeing her little face on a more regular basis.

Going back into education after working for 5 years was fairly scary. The first meeting we had where we met our classmates for the first time was very intimidating. Everyone looked like they knew what they were doing, knew their way around and had it all sorted. I was worried about going back to university, mainly because I hadn’t really written anything substantial since my undergrad. It took me a while to find my writing style, and to learn how to read massive quantities, but I think I’m there now.

It’s been a great term and I’ve made some great friends from all over the world. The classes are mainly interesting and the professors are mainly engaging. Next term I’ve got classes on a Saturday, which is officially rubbish. Prepare to hear me moan. A lot. 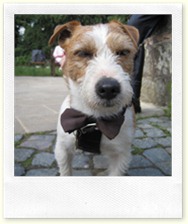 When two of your friends get married it’s always a cause for celebration. If anyone knows how to celebrate it is the Czechs and this was no different. From having to get the key to the castle, to Patent’s bowtie, to Jamesy borrowing Damon’s shirt, to dancing with Lada Snr to Johnny Cash, the whole day was incredible. As was the evening, the first dance, the BBQ and the copious of amounts of Slivovice (two thousand bottles of slivovice!). And now two of my favourite people in the world are married with a small Rejman on the way! To say we are excited is an understatement!

A Saturday a few weeks ago I was too hungover to move from the sofa (blame the Harrington Saints, it was entirely their fault). So I watched The Muppets and bought tree decorations online. I found new homes for all the decorations I had in London when I moved here, and so had the opportunity to start from scratch.

We now have a gorgeous tree, with red and white lights, red baubles (not ornaments and it is a word!), red and white candy canes, plus some guitars in a variety of colours, disco ball ornaments and some yellow 45 adaptors. Let’s call it a vague colour scheme. We also have a small devil strapped to the top (I couldn’t find an angel) and the very top has a star made from Downtown Struts stickers… What do you expect, this is the house that punk built. And I love it.

My mum was 50 this year (she will have no objection to me putting this on here before anyone says anything!) and we had an enormous party. With penny sweets on every table, a drink in every hand and a dance floor heaving with our nearest and dearest, it’s fair to say that a good night was had by all. Just don’t let Joz drive the golf buggies. 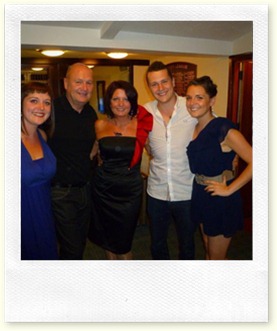 I didn’t enjoy getting up on an hour’s sleep to say goodbye (TJ ,I blame you for that!) and drive to the airport but I wouldn’t have missed the party for the world. My mum is the most incredible woman I know. She’s loved and respected by everyone. She’s generous, smart, funny and one of the hardest workers you’ll ever meet. Seeing her enjoy herself made my year. Definitely.

After however long of living in separate cities, the absolute highlight of my year is waking up every morning next to the person you love. There is nothing better.

This list unfortunately didn’t have room for the following which were also highlights; Volconicity = Kez’s drink pouring, Karen and Barnet’s wedding, climbing a mountain in Yosemite, Punk and Disorderly in Berlin, Steph’s bridal shower in San Diego, starting the New Year in Prague, finishing working at the Howard League, plant stealing, my full time stint at Skunx and my crazy family there, cotching with the E3 massive, Calippos and the roof, meeting all the amazing people at Punk Rock Bowling, getting trashed with the Bouncing Souls backstage in London, dedications from The Grit onstage at P&D, and from other bands at Rebellion, owning my first bowler, not getting any major tattoos (I stuck to my promise!), Tahira’s curry nights and moaning about Coldplay really loudly in the garden, living with Kezzie, go-karting, birthdays, weddings and plenty of other celebrations (including, it’s Monday and Gary and Andy are playing The Dev, woo let’s celebrate, I’ll get the cheese, you bring the crackers).

Plus West Ham aren’t doing too badly at all at the moment. Happy days.

The plans for 2012 are starting to shape up and it looks like it’s going to be even more exciting than 2011. More festivals, more travelling and more adventures. See you at the bar.