I meant to be organised enough to be able to blog 12 different things that have been the best bits of my 2010. Alas, time and December appears to have evaporated. So instead, you’ll get the best bits in nice bitesize chunks.

Highlight number one: Hope Not Hate and keeping the BNP out of Barking and Dagenham

One of the proudest moments of this year was election results night. Every marginal seat I campaigned in regained the majority and in many cases grew it.

But nothing came close to the announcement that the voters of Barking had loudly and clearly made their voices heard against fascism in the shape of BNP leader Nick Griffin. And the icing on the cake was the announcement that they had also lost all of their council seats. I haven’t cried at an election result before (unless it was one of mine!). The relief, the pride, the restored faith in the area I was born and brought up in; it was all just too much.

The incredible result was in no short part down to the hard work and commitment of Hope Not Hate organisers, volunteers and supporters. I have never seen organising like it. The sheer numbers of people from all over the country, of every age, that came together and worked unbelievably hard. There were pensioners, trades unionists, teachers, doctors, babies, Billy Bragg, Eddie Izzard, and so many more besides.

I was massively proud to have been a part of that. 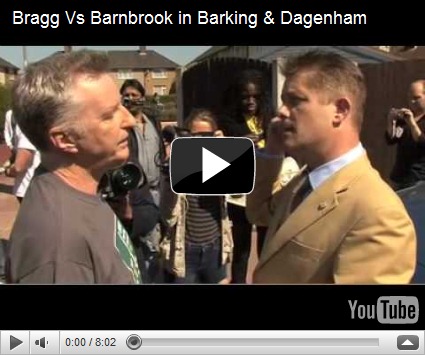 Highlight number two: Getting tattooed and my Skunx family

This year I got more tattoos. Three more in fact. And they are amazing. I have absolutely fallen head over heels for the tradition, history and artistry of the industry.

And I couldn’t have been luckier than to have met and become part of the family at the incredible Skunx Tattoo studio. You crazy lot make my weekend amazing, without fail, every week. And I love ya! You are amazing artists and I’ve been so lucky to be around you all and to have learnt so much. And not just about tattooing! You’ve made some of my goals achievable. Thank you for everything you’ve done for me this year. You truly are my family and you’re not going to get rid of me that easily!

I’m not going to get soppy or go into detail. You know who you are. It’s just been possibly the best thing about 2010. Fact. 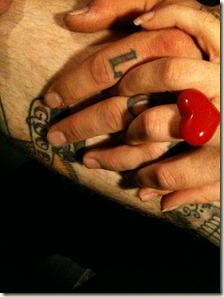 I now have three beautiful godchildren; Calum, Isobel and Aysha. The twins are growing too quickly! It feels like every time I see them they’ve become even more grown up with their own personalities and opinions. They are intelligent, polite, curious little monsters and I don’t see enough of them. Aysha is a little bundle of terror and joy. At the grand age of three and a half, she loves dancing and stories. She’s still not a fan of my mum (possibly the only child in the history of children who is immune to Auntie Wend’s charm). She’s got a filthy giggle.

And last year for my Christmas present, Aysha asked me if I would be her godmother. In September this year, she had a dedication

service, I read a Dr Seuss poem and then we went and partied. And so another parent entrusts me to be a good influence on their child. It’s a real honour to be asked and I do my best. As long as she wears other colours than pink I’m happy.

Having spoken at my nan’s funeral earlier that week, and then doing the reading during the service for the dedication means I’m fairly sure I’ve filled my quota of having to be or speak in a church for at least the next decade. Sound fair?

So that’s it for the minute, four reasons why 2010 has been a fairly brilliant year. There have been some devastatingly sad moments as well, lots of good people are no longer with us. But on reflection, the happy times have outweighed the sad. More highlights when I get another spare 5 minutes!

Email ThisBlogThis!Share to TwitterShare to FacebookShare to Pinterest
Labels: HannieMc