The Uppercuts are a great young band who I highly recommend you check out. I got this T shirt after their set this year at Rebellion and proceeded to slice it and dice it before wearing it the next day (the back is all ripped, hey I'm a punk girl!)

Side note, isn't my hair getting long?!

- Posted using BlogPress from my iPhone

Three years ago I came to San Francisco for the first time. I had no idea the changes life had in store, and I had no idea I'd end up one day living here.
This was the Pirates Press 5th anniversary party, with Sparrer topping the bill at the Great American Music Hall. The line up both nights were great, but I particularly remember watching Smalltown with a small crew of pirates.
This was really the first weekend I spent with the Pirate family. I'd only met three of them at Punk and Disorderly earlier in the year. Over a few bottles of Jamesons and some mutual appreciation of getting messy (and a fully clothed trip into the pool at The Pheonix!), I knew I'd met a group of people I wanted in my life.
Pirates, I love you all. You work your socks off and still know how to live. Since that messy November weekend many aspects of our lives and our family have changed, but I'm privileged to be part of the craziness!
- Posted using BlogPress from my iPhone

Seeing as I'm planning on wearing every single one of the T shirts in my treasure chest, there's a very good chance that you're going to see this shirt more than once. And in a couple of different styles as well. I'm fairly sure I've got at least a vest and a customised one...

I wear my Skunx shirt with pride and I'm not afraid that I miss my crazy Skunx family a lot. You'll never meet a more, well, eclectic is a nice word, bunch of people. Talented to a fault and as loyal as you could ever want. Skunx Tattoo on Chapel Market in Angel was my home for over a year and I loved every second I spent there.

This summer we did something pretty awesome in organising the world's first auction of tattoo art, and an evening exhibition with live music, burlesque and stilt walkers. The event was covered by Bizarre magazine and as soon as I get a copy I'll share it! All the money raised went to the Mantle Cell Lymphoma Trials Unit at Plymouth Hospital.

I'm very proud to be repping my Skunx family in San Francisco. It will be a while before I get tattooed anywhere else...

I'm not really sure what either of you are smiling about... I'm not impressed generally with either of your performances.

Read my analysis of the first Presidential debate of the 2012 campaign, on Labourlist, by clicking on this cleverly disguised link.

I would love it if you commented on the article and let me know what you think!

The beauty of imagination

Einstein once said that "Logic will get you from A to Z; imagination will get you everywhere". As an adult the opportunity to harness the potential of your imagination is often thwarted by the logic of reality, or the realisation that your idea is currently unobtainable. There are some days when the logic prevails, and there are also the days when the logic feels like it's holding you back. Sometimes it takes a reminder about how incredible imagination is to spark a belief in the illogical. More often than not, for me, these reminders come from children.

I moved to San Francisco about 18 months ago to pursue a Masters, and the people I miss more than anything are the kids in my life; the godchildren, the cousins and the kids of friends. Which is why I've just sat and snivelled through this short film about a boy named Caine from California. One summer he built himself an elaborate arcade out of cardboard in his Dad's shop. A filmmaker who saw it sent his story viral. The resulting coverage sparked worldwide interest from children and adults alike. Kids started sending him films of the games and toys they'd made out of cardboard. Adults started sending money to send Caine to university.

This is the video here.

Raising far more than ever anticipated, Caine's Arcade and the subsequent tidal wave of global support led to the creation of the Imagination Foundation. This charity funds and supports projects that foster creativity and entrepreneurship in children. Working in schools, in partnership with teachers, education and child development experts, they are looking to celebrate the imagination of children and provide opportunities for this to be exercised.

They are celebrating the one year anniversary of the events by launching a Global Cardboard Challenge, and have participants signed up from schools and kids clubs all over the world, including Easdale Primary School in Oban and Aveley Scout Troop in Essex. Such a simple idea is having an impact from Singapore to South Africa, from Brooklyn to Bogata.

Watching the film took me back to being a kid again. As a youth worker, my mum always had 'fun' creative activities for us to do, acting as guinea pigs for activities she was going to run at the youth centre. We built our own fishtanks from shoe boxes, made perfume from rose petals, turned washing machine packaging into a Chinese dragon, you name it, we regularly had a project and it usually always involved cutting and sticking.

As an adult, the closest I get to building something from cardboard requires practically no imagination at all. Stacking Amazon packaging in the recycling bin is about as fun as it gets. As a student, I don't even have the luxury or time to exercise my imagination through reading. In fact I'm happy to state here that the most imaginative thing I've read recently is an analysis of gendered behaviour in mayoral elections. Which categorically requires less imagination than building your own pinball machine.

This is why I think it's so important to celebrate the exercising of imagination when and where it appears. I might not spend October 6th building myself a rocket or a house or an arcade game, but I'm going to ask around my friends and find some kids that need some supervision. Seeing imagination put into action is an incredible process to watch and the more opportunities kids have to do this, the better.
- Posted using BlogPress from my iPad

Today West Ham play the boring boring Arsenal. We're going to enemy territory to watch the game - enemy caroused by our very good friend Mikey Longshot, who, it's sad to say is an enormous Gooner.

This shirt I've had for 8 years (almost). My siblings, the jokers that they are, got me this shirt for my 20th birthday.

If you're wondering who Grapp is, he's not a one season hot tip you no longer remember. Grapp was once Grappy, the Y having been lost somewhere along the way. Grappy was the name my sister christened me with, on account of me having hands like a chunky toddler, and constantly grapping at things.

Apparently my hands are the physical manifestation of a child's interpretation of a hand - with a burger in the middle and sausages for fingers.

So we're off for a 9am pint and to get shouty at some Arsenal fans.

Come On You Irons!

Posted using BlogPress from my iPhone

I own a pair of drumsticks 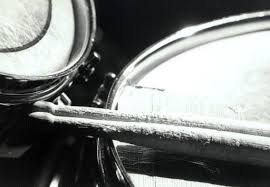 So I have a pair of drumsticks in my possession. My friend Ben gave them to me. He's a legend by the way.

Part of the problem is that I'm scared. Deeply scared of having no rhythm. It'd be like not being able to throw or being tone deaf - nothing really you can do about it, it's just a shame, poor kid.

And my rhythmic abilities have never been put to the test so I need to wait for a time when there's no one else here. Then I'll give it a go.

Until then, well I'll just keep drumming the cushion, knowing there's a kit set up less than twenty feet away.

I will do this. I'll keep you posted.


- Posted using BlogPress from my iPhone
Posted by An EastEnd Girl... at Thursday, October 04, 2012 No comments: