Happy New Year to one and all! Mine was cracking, thanks for asking.

Pretty much all of the sites that I write for asked me to compile a list for an end of year round up. I partially wrote one for New Noise but life got in the way and I didn't finish it. So to start the East End Girl blog for 2014, here's a mishmash list of things I meant to share but never got round to. 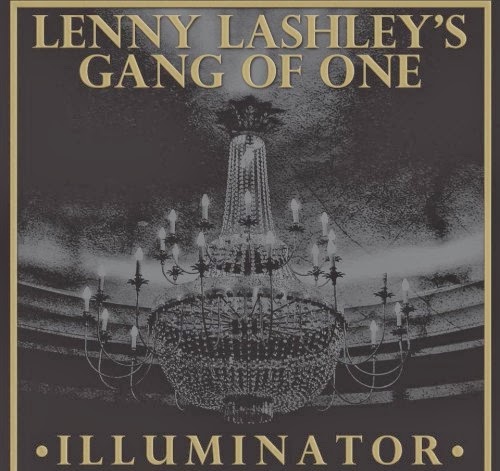 1. My album of 2013. Lenny Lashley's Gang of One - Illuminator
There were a handful of good albums last year, and a few singles which have made me really excited about full lengths (The Interrupters, Bishops Green, Booze & Glory, The Ratchets, I'm looking at you kids), but in terms of the album which still gives me goosebumps, there was a clear hands down winner. I sing along to every word in the car, even throwing in some B-Town accent in certain places. I want to be arm in arm with Lauren and Tahira singing Hooligans (make this happen in February girls!). I have sent copies to my nearest and dearest. I want to see these songs live again as soon as possible.

2. My favorite gig of 2013. Saturday Night, Rebellion Festival, Blackpool
What happens when you make the headline night of the world's biggest and best punk festival a Cockney knees up? Well ladies and germs, we get those knees aloft! We all got a bit layjered during the day, then Chas and Dave took to the stage and we were off. I stopped and looked around at one point and was completely surrounded by family and close friends dancing their boots off. The septics and the Serbian watching on, part amused part horrified by the dancing and the singing. "What's a Gertcha?" I was asked after. Follow that with the Rejects and Sparrer, a line up which surely writes itself, and the more astute among us worried for the Ballroom's floor. A belter.

3. Being an auntie is brilliant.
Many, many congratulations to my sister in law and her husband who became proud parents and made me a first time auntie. All the cuteness and none of the mental and physical endurance needed to raise a child. Hat's off to all parents!

4. Artist I most enjoyed interviewing in 2013: Louise Distras. Forever and a day.
I think in total, Louise and I talked on the record three times this year, but I reviewed her album and singles in a few different places on top of that and had some great twitter conversations with her. Plus I might have mentioned her whenever I spoke to someone new. I think she is amazing in a way that I feel about so few people. Someone who speaks honestly, who has goals and wants to speak out about the world we live in. I admire every bone in her body, and that's before we even get to her music. See this woman live soon and tell me if the hairs don't stand up on the back of your neck. Her music and her message need listening to. Dreams From The Factory Floor is a top album. And she always makes me laugh when I talk to her. Good people.

Now normally there would be no sporting inclusion in any list blog of mine, but that's because I'm a West Ham fan, and we win bugger all. This season, my adopted baseball team actually won the best thing there is to win. It's more than the Premiership and the FA Cup combined. And I supported all the way. I developed my own superstitions (only eating nachos and drinking shandies, not so much of a superstition but a survival strategy), I knew the players names, I had my own shirt which didn't get washed until after the competition. Then they won. Having never won anything more prestigious than the Intertoto Cup, this was a strange experience for me. So I got into the spirit(s), drank loads of Jamesons and sang Sweet Caroline really loudly. It's a nice feeling, winning something.

6. Person I met that I want to have more conversations with: Greg Huff, singer from Bishops Green
One of the thing about hosting a three day party that never ends is that you meet some incredible people, and have some amazing conversations. Over the course of the Pirates Press 9th Anniversary Party I had discussed a range of topics you would not believe. To give you examples would dull your imagination. Imagine it and we probably discussed it.
Bishops Green weren't able to stay very long the day after they played, and I didn't get the chance to carry on the brilliant conversation I had with Greg the night before. I'm looking forward to it next time our paths cross. Not that I'm stalking you or anything mate. 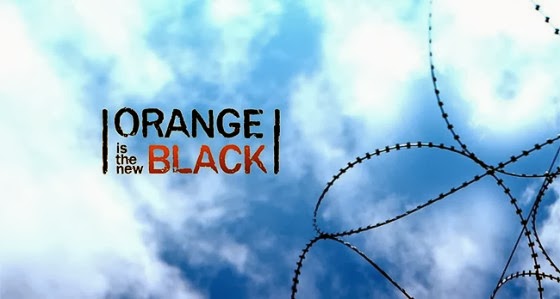 7. TV show of 2013: Orange Is The New Black
This new programme, available only on Netflix, is based on a book written by Piper Kerman about her experiences serving a sentence for drug smuggling in a women's prison. My work for Justice Now has given me insights which made the show both cringeworthy and very reflective of the experiences of people inside women's prisons. I then read Piper's book and could see that turning it into a TV show takes the plot away from her actual experience. It certainly gets the Hollywood treatment. Considering it shines a light into an experience that hasn't been seen or discussed in the mainstream media in a long time (if ever), the show has done a good job of putting the issue on people's agendas. Where it should be.

8. Music that came out of nowhere and became a firm favorite: The two 7" releases from The Interrupters
I played 'Family' for my 6 year old goddaughter and she wanted it played again immediately so she could join in. I felt the same way about 'Liberty'. The music makes me feel the same way I felt when I first heard La Plebe - they share a Californian sound that makes me think of sunshine and shouting. Aimee's voice makes me want to reach for my boots and eyeliner, and head out to drink cider in a park - which I never did the first time round I may point out. I can't wait to hear what they have up their sleeves for the full length.

9. Performance I Never Thought I'd Get To See: The Ratchets
I've loved The Ratchets for many years now, and had resigned myself to the fact that I'd probably never see them live, perform songs that have become classics in our collection. Through some sort of wizardry, they agreed to play agin, for the first time since 2007, at the PP9 Weekend Celebration. And not only did they completely surpass expectations, but they are some of the nicest people you'll ever meet. An absolute pleasure.

10. What I'm most looking forward to about 2014 (music-wise that is)
One fateful night in Watford, towards the end of February, when the might of Argus Bargus come home to play their own turf... Joined by some of the most dubious characters you'll have the pleasure of meeting, including those who make up the rest of the outstanding bill. Yes I do love Argy Bargy that much that I'm flying all the way home to attend. Of course. Oi! Oi! See you at the bar.
And of course considering how much fun we had celebrating Pirates Press 9th Anniversary, I can just imagine the carnage we'll create celebrating the tenth. And it's my 30th birthday so who knows what shenanigans will ensue. Plenty I hope...
Posted by An EastEnd Girl... at Sunday, January 12, 2014